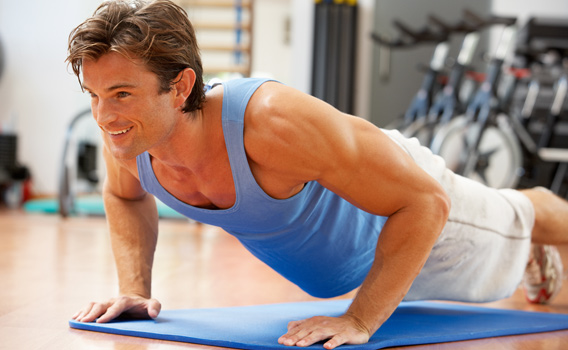 The next time you see an attractive person and think they look hot, remember that it’s probably because they’re a real-life fat-burning furnace.

It’s no secret that men who maintain a healthy diet and exercise regularly (3-5 times per week) are likelier to be fit. But there’s more to being fit than just calories in vs. calories out. Your body temperature plays an integral role in the fat-burning department.

This process by which your body produces heat is called thermogenesis. Thermogenesis is activated by a few different mechanisms such as exercise and just being alive.

Heat is generated by movement created by your body’s physiological processes. This is also known as your basal metabolic rate — or the bare minimum amount of energy your body needs to function.

Additional heat is generated when you move your body to do any activity such as walking, running or weight training. Research shows that the more you move, the more energy your body exerts. In turn, your body’s temperature increases – thus increasing your basal metabolic rate.

This spike in calorie burn can last for a while after a workout and is often referred to as “the afterburn.” Taking advantage of this bodily mechanism will put you ahead of the fat-burning game.

Foods and Supplements that Generate Heat

There are also certain natural foods and supplements that produce a thermogenic effect. Digesting these things requires your body to raise its temperature, which leads to an increase in your metabolic rate (and again, faster calorie burn).

Although caffeine can also be found in coffee and soft drinks, these particular items have a tendency to make people jittery. Consuming coffee or soft drinks releases caffeine all at once into your blood stream – you’ll get a quick jolt and then crash just as quickly.

Green tea and guarana, on the other hand, are time-released thermogenic ingredients that enter your bloodstream gradually. You’ll feel more energized and alert for longer and at a measured pace.

Your Secret Weapon for Staying Fit: 24/7

When you combine a fat-burning thermogenic supplement with something like CLA that promotes stronger muscles, then you’re getting what I like to call the 24 Fit Effect. That means that your body is constantly running at a higher metabolic rate while still maintaining (or if you choose, increasing) lean muscle mass.